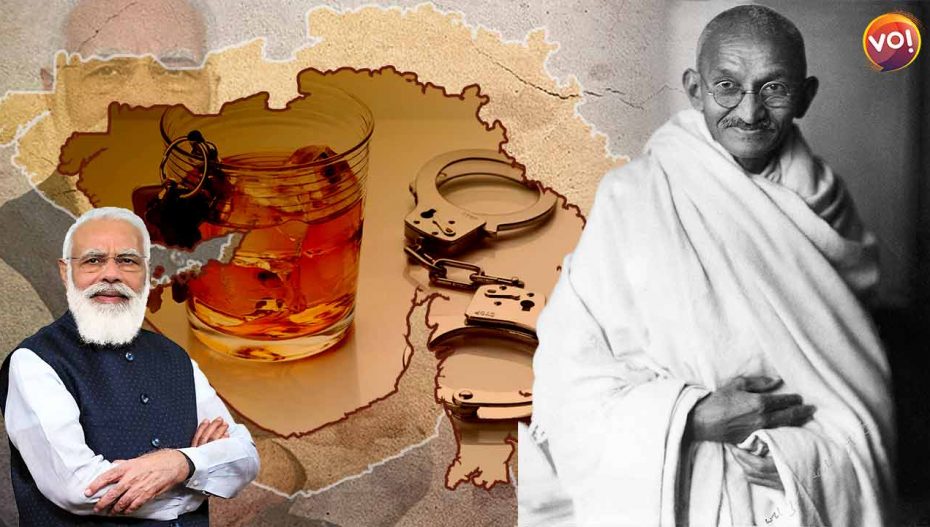 The incident took the entire country by shock. In Gujarat, which is known to be a dry state, people were dying after consuming spurious liquor. Villagers’ health deteriorated rapidly after consuming country-made liquor, heavily laced with chemicals. This liquor affected People from Rojid, Nabhoi, Chandarva, and Devgana villages in Botad and from Dhandhuka taluka. While some died on the spot, others passed away on the way to the hospital. Many others are still battling for their lives in hospitals.

The incident started Sunday night, and as of Wednesday night, the death toll has risen to nearly 60. More than 100 people are still hospitalized, of which many are in critical condition, some on dialysis and others on ventilators.

Rojid is a small village in Barwala taluka with a population of just about 7000. Interestingly, only half of these people are actually residing in the village. The youth and ambitious left the village in search of better opportunities in the cities like Surat and Bhavnagar.

The hooch tragedy, which has claimed 12 lives in the village, has left a lasting mark on the people here. Although it is known that many men went to the addas to consume country-made liquor, this incident has left the families devastated. While there is definitely sorrow of losing a loved one, there is also anger against the system and a need for justice.

According to Medical officer Dr. Sanjay Bhoot, the victims consumed spurious liquor Sunday night, and their health started deteriorating on Monday morning. This is the day that the death toll started rising.

Vasrambhai used to consume country-made liquor regularly. Talking to his family, we understood the situation and the kind of lives these people led. Vasrambhai used to clean gutters and sewage lines to make a living. His family is inconsolable after his death. “We asked him to quit several times, but he just could not. He started drinking to do his job, but then became dependant on it,” Vasrambhai’s sister says. Now his wife and kids must navigate life alone.

Deepak Bhai Vaghela, also a sanitation worker, consumed lattha along with Vasrambhai and others on Sunday night. On Monday afternoon, he complained of losing his eyesight. Madhuben Vaghela, Deepak’s mother, says, “We took him to Sonawala hospital in Botad. The doctors referred him to the government-run Sir T Hospital in Bhavnagar. Despite the treatment, Deepak passed away on Monday night.” Deepak was married with two daughters.

Sarpanch of Rojid village, Dharmendra Dungrani, also a Congress leader, said he had filed a complaint with the sub-inspector at Barwala police station on 4 March 2022, seeking action against the rampant selling of illicit liquor in his village. He also told the police that many bootleggers allegedly abuse and extort villagers. He lets out his frustrations and says, “No action has been taken until now!”

What is spurious liquor?

Spurious liquor is made by improper distillation or methylated spirit. It is cheap and mostly consumed by the lower strata of society. It contains a higher percentage of methyl alcohol, which can be extremely poisonous. Consumption of such liquor may cause blindness, serious health problems, and even death. Sometimes even other chemicals are mixed with the methyl alcohol, so the consumer can get highly intoxicated with a small amount. Even these chemicals are highly poisonous and can cause severe damage to the body.

This is the biggest lattha kand since the 2009 Lattha Kand in Ahmedabad, which claimed nearly 140 lives. Despite a written complaint, the police continued to turn a blind eye to the liquor addas in Rojid and Botad districts. It is not just men who buy this liquor, even women are now consuming it. This situation raises questions regarding the future of the children and, in turn, that of the state.

In Rojid, a mass cremation was held on Tuesday morning for departed souls even as heavy rain lashed the village. The dead belonged to different communities, and even in this moment of grief, the class system did not lose its hold. As there are only two pyres in the village crematorium, Thakor victims were cremated at the crematorium, and the Valmiki and Devipujak victims were cremated on the farmlands.

Many families have been devastated following this incident. The cries of the women who have lost their men make one’s ears bleed. The grief is felt throughout the village, outrage is buzzing in the veins of these people. The state government only talks about a liquor ban but has failed to impose it in a strict manner. Liquor worth lakhs of rupees is seized every day, yet the laws are not strictly enforced.

The recent incident, once again, exposes the cracks in the governance in the state where prohibition policy has been in place for ages. Gujarat claims to uphold values that great Mahatma Gandhi lived by. Nevertheless, spurious liquor is still freely available everywhere. What are the people supposed to do? Why is the government silent? If strict action is not taken immediately, another hooch tragedy is not far away.