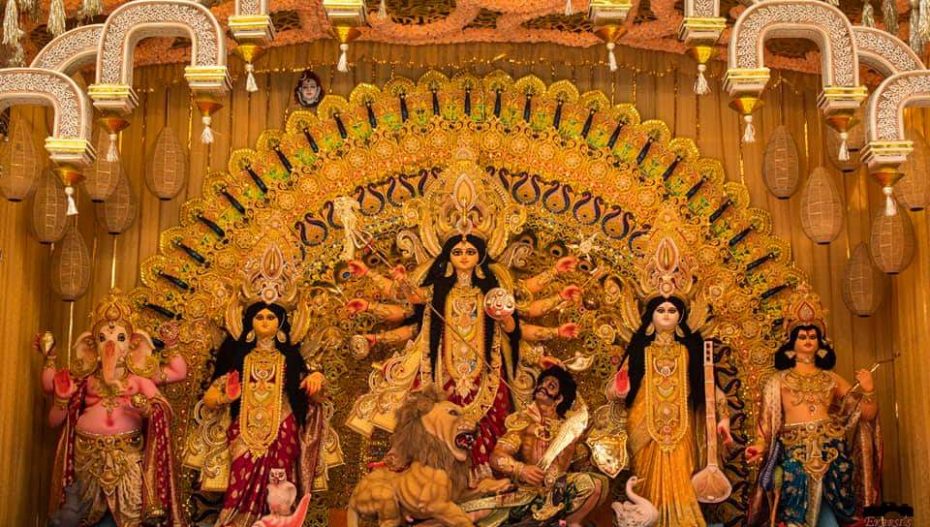 When Tanay Mukherjee started performing Durga Puja in London in 2008 he never thought in his wildest dreams that soon he would be the most sought-after priest in the United Kingdom. This year he is the most popular priest in the UK, performing five Durga pujas back to back. As Saptami is being celebrated as per the almanac, he was busy readying the puja at North London Prabhati Sangha.

Mukherjee, a techie from Kolkata who is in his forties, had landed in the UK to pursue his master’s in computer science two decades ago and soon had a job with HSBC and later with Transport For London. But soon he was pleased to start working as a priest. With his knowledge of religion at Rama Kirshna Mission, he started doubling up as a priest starting with a Satya Narayan Puja.

Last time he had performed only one Durga puja. “Due to the pandemic, there was a lockdown and so there was a complete ban on community pujas,” said Mukherjee who now owns a real estate business. Even last year he had offers to perform puja in other countries and that had to be shelved due to the pandemic.Mukherjee started performing Durga puja from October 8. He was invited by 18 puja organizers this year and had to turn down the offer of most of them.

This time Mukherjee would be doing the Durga Puja at the house of finance professional Joydeep Paul at Hounslow. Paul and his wife Suedeshna who teaches mathematics in a college are enthusiastic about Durga Puja which they started last year. Paul said that they are happy with the puja performed by Mukherjee and so they are awaiting Mukherjee to come down to their house during the weekend.