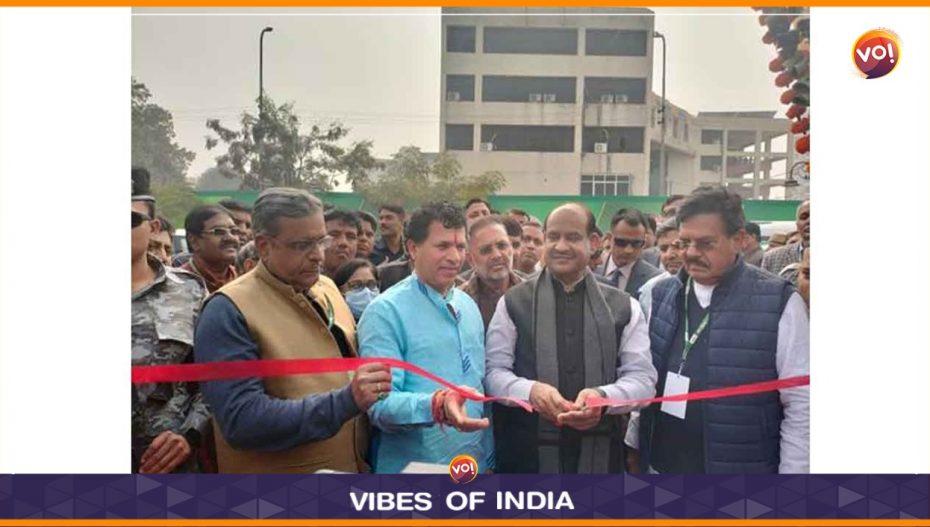 To make Kota Division a cutting-edge and dominant force in the field of agriculture and rural development, the Government of India’s Ministry of Agriculture and Farmers Welfare organised a two-day Agriculture Festival-Exhibition and Training at Dussehra Ground in Kota, Rajasthan on January 24–25, 2023.

On the first day of the event, Agri startups, corporate bankers, extension agents, and employees of private agricultural institutions took part in addition to the senior officials from the Central Government, State Government, and Indian Council of Agricultural Research and approximately 15,000 farmers.

Lok Sabha Speaker Shri Om Birla said, “India is an agricultural country. Our country is at the forefront of food production. In the changing agricultural landscape, we should resolve to use contemporary practices, and using innovation, we should aim to become a frontline country in the world.”

Om Birla emphasised the utilisation of startups, drones, and horticulture. He claimed that GoI had reduced production costs through startups in some situations, boosted production in others, established food processing facilities in some locations, and added value in other locations.

The Ministry of Agriculture and Farmers Welfare’s budgetary allotment has increased by an amount never before seen. In 2013–14, the Ministry of Agriculture and Fisheries, Animal Husbandry, and Dairy received a combined budget allocation of Rs 30,223.88 crore. By 2022–23, that amount will have increased by more than 4.59 times, to Rs 1,38,920.93 crore.

150 kiosks have been put up in this exhibition to give farmers the most recent information about agriculture. One of the key aspects of the exhibition is the 75 startup stalls that have been set up, which is done in recognition of the significant role that startups play in the world of agriculture.

Through the numerous stalls set up at the expo, information regarding the programmes being implemented by the Central and State Governments for farmers is offered. Private sector businesses and organisations that supply different agricultural inputs have also showcased their goods alongside this.

Two training programs each were organized in all three auditoriums this afternoon. Farmers were taught the nuances of remunerative farming by various subject experts. Six training programs were organized on the contribution of Quality Seeds in crop production, advanced cultivation of guava and amla in Farmers Producer Organization Kisan Bazar, Kota division, Climate Smart Farming Practices, Sheep Farming for additional income and importance and use of Nano Urea in Sustainable Farming, etc.

Also Read: King Khan Is Back Through Pathaan