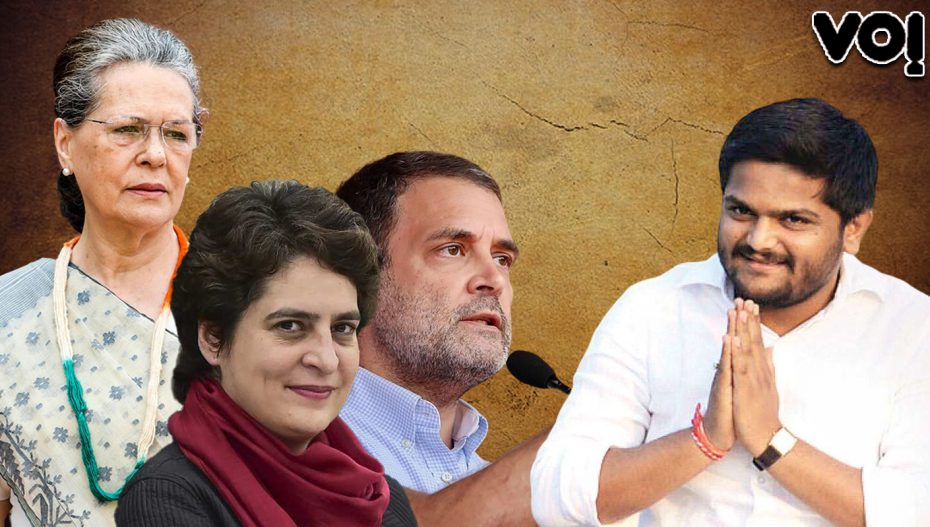 A day after claiming that he is looking forward to the Congress party’s 3-day national brainstorming session that began on Friday in Udaipur in neighbouring Rajasthan since it may throw up fresh ideas and a new direction, Gujarat Congress Working President Hardik Patel gave the first day of the session a miss.

The Patidar leader is among the working presidents from different States who have been invited to the event, which has been split into discussion sessions on various issues with special guests at most of them.

All India Congress Committee (AICC) sources in Delhi confirmed to Vibes of India (VO!) that 18 party leaders from Gujarat, including Patel, have been invited to the important event.

Around 400 leaders, including Sonia Gandhi, Rahul Gandhi and Priyanka Gandhi Vadra, are attending the Chintan Shivir. Six groups have been formed, and they will take up subjects related to the organisation, the economic and political situation in the country, social justice, farmers and youth.

Speaking to VO!, Hardik Patel said, “I didn’t give the shivir a miss, I couldn’t go today since I had a pre-scheduled meeting of party workers in Surendranagar district.” Pressed further, the fiery leader said, “I will be going to Udaipur tomorrow.”

The 3-day event is supposed to deliberate on and identify key issues challenging the party and the way forward, in the future election campaigns as well as the required organisational changes.

Day one also saw a “Navsankalp Shivir (a session to move various new resolutions)” keeping in mind the 2024 Lok Sabha elections and the State polls ahead of that. Gujarat and Himachal Pradesh will see assembly elections this year-end, while Madhya Pradesh, Chhattisgarh, Rajasthan, Haryana and Maharashtra are scheduled for next year.

Patel, 29, has been sulking for more than two months claiming that though he had been made the Gujarat Congress Working President, his role had not been clearly defined and that he was not being kept in the loop on the most important party decisions in the State.

Since he had been making various statements against the party frequently in the media, the leadership had been wondering why he was not initiating new things in the Gujarat unit as he could do so as the working president.