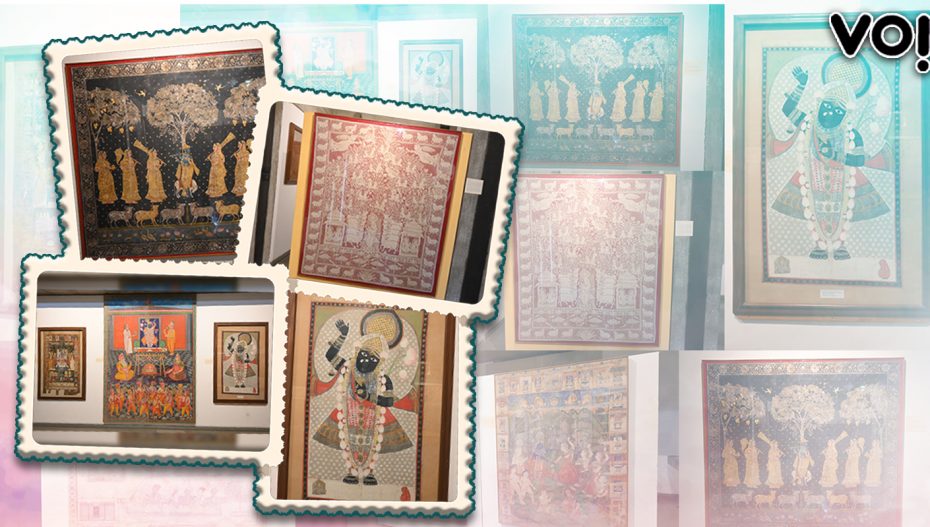 The ‘Pichhwai’ art, started by the Vallabh sect in the 16th century, depicts the childhood of Lord Krishna through painting illustrations. The word Pichhwai means sheet hung behind a Krishna idol. The primary theme of the Pichhwai paintings is to depict the sagas of Krishna’s life.

An exhibition of Pichwai Paintings “Bhakti Ni Abhivyakti” was organized by Lalbhai Dalpatbhai Museum, Ahmedabad. The event aimed to popularize the traditional art of Pichhwai among people.

There were three phases to the event. It started with a concert, followed by a two-day workshop, which explained the nuances of the art of Pichhwai and various other forms.

People from different sections of society, including art lovers, took part in this workshop. After this workshop, an exhibition of Pichwai artifacts will be organized for art lovers from April 8 to April 17.

Team Vibes of India had a chance to interview Mrs. Sujata Parasai, Director of Lalbhai Dalpatbhai Museum. She informed us that when she decided to organize the exhibition, the museum had only two artifacts in the background. But as soon as she placed the idea on the table, everyone was intrigued by it.

There was a combination of modern and western styles of Picchwai as well. Legend says that Pichwai is a product of Nathdwara. However, we cannot trust this speculation completely because Pichhwai art is prevalent from Mathura to Champaran and Nathdwara to Deccan. The exhibition authorities displayed various Pichhwai artifacts from all over the country.

In this exhibition, you will also see the personal collection of Chirag Lal Bhai, Mrs. Jayshree Sanjay Lalbhai, and Mr. Anil Relia, trustees of Lalbhai Group. In the different forms of Pichhwai, the common thing is the life of Lord Krishna.

You can see some glimpses of this exhibition in this video-

Social Calendar: Events Near You This Week

Social Calendar: Events And Workshops In The City

Social Calendar: Events To Keep An Eye On

Social Calendar: Events To Keep An Eye On