Protest Against Adani Sea Port Project Called Off For Now 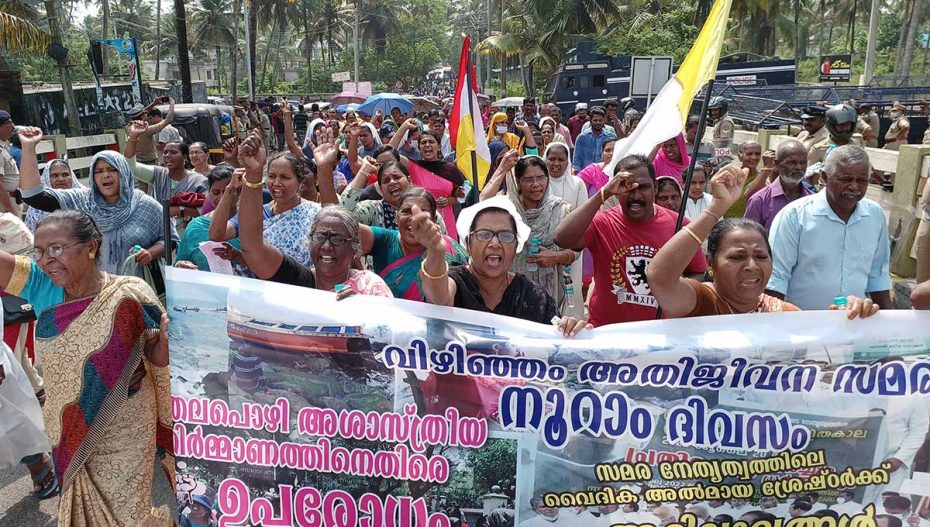 The over 130-day-long protest by fishermen against the under-construction Vizhinjam sea port was on Tuesday called off for now.

Vicar General Eugene Pereira, who has been seen at the forefront of the protests, announced the end of the agitation.

He, however, said the protest was not being called off because they were satisfied with the steps taken or promises made by the state government.

It was being called off as the protest has reached a certain stage and if required, they will take it up again, Pereira said in Thiruvananthapuram.

Earlier, leaders of various religious groups in Kerala had met with the fisherfolk protesting against the under-construction Vizhinjam sea port in Thiruvananthapuram as part of the ongoing efforts to bring peace in the area which witnessed violent agitations recently.

There have been numerous  demonstrations outside the main entrance of the multi-purpose seaport at nearby Mulloor for the last few months.

They have been highlighting  their seven-point charter of demands that include stopping the construction work and to conduct a coastal impact study in connection with the multi-crore project.

The protestors have been alleging that the unscientific construction of groynes, the artificial sea walls as part of the upcoming port, was one of the reasons for the increasing coastal erosion.