Riots Continue on Day 4 in Sweden over Burning of Quran 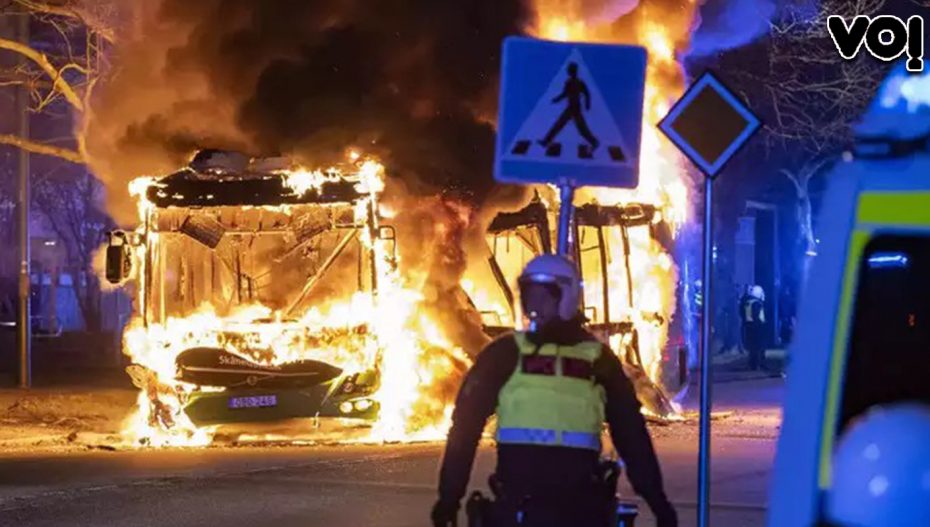 After burning the Quran in Sweden, violent clashes were witnessed in many cities for the fourth day as well. The police have so far arrested 17 people in connection with the violence. To give a warning, the police also opened fire, in which about three people have been injured.

Violent clashes were witnessed in many cities of Sweden over the burning of Quran for the fourth day. The Quran was allegedly burnt by an far-right and anti-immigrant group in the Swedish city of rebro. On Sunday, police opened fire to warn rioters in the eastern city of Norköping, injuring three people, local media said. Several vehicles were set on fire in the ongoing riots in Sweden, while the police have arrested 17 people so far. Several vehicles, including a bus, were torched at a rally by a right-wing group in the southern Swedish city of Malmö on Saturday.

According to the local police, they had opened fire as a warning in view of the violence, but three people came under its grip and got injured. Sweden’s national police chief Anders Thornberg said on Saturday that the protesters did not care about the lives of police officers. “We have seen violent riots in the past too, but this one is different,” he said.

In 2020 also, Strom Kurs had planned to burn the Quran, after which violence erupted. At that time many vehicles and shops were set ablaze in Malmö city. After this violence, Rasmus Paludan was sent to jail in 2020 on charges of racism.

Japan Is Finally Open To Tourists, Gets Mixed Resp...