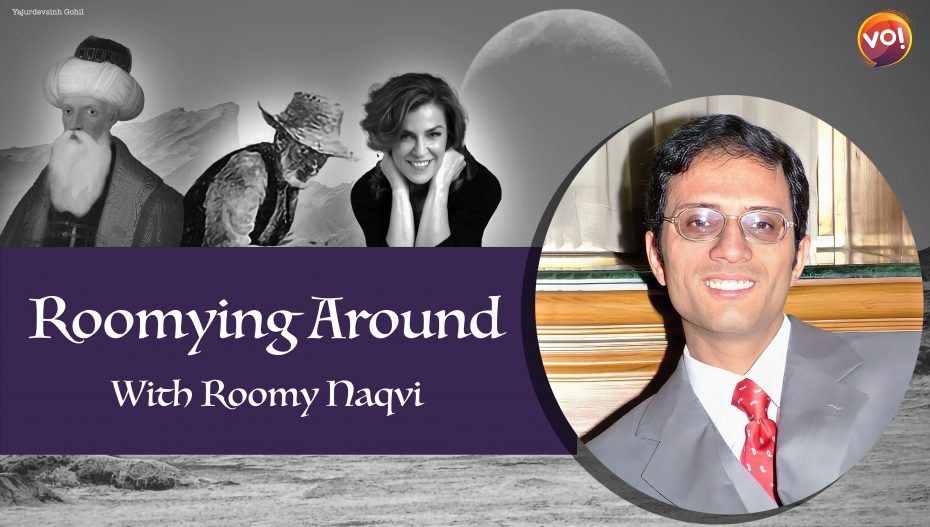 Two events passed me by this week. Both happen every year. September 30th is celebrated as International Translation Day, the feast of Saint Jerome, the translator of the Holy Bible, considered the patron saint of translators. You could read more about Saint Jerome on the Encyclopedia Brittanica website.

Translation, often, seems like an invisible activity. Most people would even struggle to state the importance of translation to human civilization. However, it was the translation of classical texts into Romance languages that was pivotal to the spread of the Renaissance in fifteenth-century Europe. All through history, the spread of newer ideas, culture, even religion—all of it could become possible because of invisible translators.

The second event that passed me by was the birthday of the Sufi, mystic, Jalaluddin Rumi. I’ll come to him in a while.

In a multilingual country like India, we are constantly translating ourselves and moving between different languages. In Europe and in most parts of the Western world, it is considered a huge achievement to be bilingual. In India, many people possess fluency in two or more languages, yet a large  number of our literary and cultural works remain untranslated in our many languages. There is a need to celebrate translation and translators and there is a larger need to inspire newer people to work as translators.

Look at Gujarati. Look at the works of Gulabdas Broker, Jhaverchand Meghani, Ishwar Petlikar or Suresh Joshi—to name a few– all stalwarts of Gujarati literature and try finding them in English translations. Look at Hindi and think about Harishankar Parsai and Rahul Sankrityayan, both literary stalwarts of the highest degree and you would find it difficult to find them in English. The situation remains the same across our languages. Think of Kannada and M. Gopala Krishna Adiga, the founder of the Navya Movement in poetry, one of the stalwarts to introduce modernity, remains largely untranslated in English.

The writers I spoke of above, Gulabdas Broker or Jhaverchand Meghani, are no less than Anton Chekhov or Guy de Maupassant on the world stage. Rahul Sankrityayan is unparalleled in his contributions. But all of them suffer from a severe lack of translation and moving across languages.

Translation is, often, a labour of love in a country like India. It can be under-paid, and publishers may not always be very forthcoming. Yet, as I said, there is a pressing need to celebrate translators. I wrote my M.Phil. dissertation on the English poems of A. K. Ramanujan (1929-1993), one of the finest translators to emerge from the country. There are translators such as the excellent Kalyan Raman, Daisy Rockwell and Arunava Sinha, that one must talk about.

The second event this week was the birthday of Jalaluddin Rumi. I was named after him, albeit with a different spelling. I have had faculty make fun of my name too, telling me that ‘being named Rumi meant nothing’. Anyway, I discovered the works of Jalaluddin Rumi in English translation in 1992, when I was a student pursuing my Masters in English. I read him with the intoxication of reading. A few years later, the world exploded with the Internet. I have had the fortune of devouring translations by Coleman Barks, A. J. Arberry and Reynold Nicholson as also anything else that I could lay my hands on digitally. And I have read a bit of the excellent Annemarie Schimmel’s work.

The intoxication of reading Rumi is beyond compare. Maybe, it holds a personal appeal for me. But each of us could be excused our personal biases about a largely universally acceptable figure. Recently, there’s growing evidence that Coleman Barks translated Rumi in a way that lessened his religious zeal. But this also brings us back to the importance of translations and of translators. You could read Rumi in Shahriar Shahriari’s translation here.

“Walk to the well.

Turn as the earth and the moon turn,

Circling what they love.

Whatever circles comes from the center.”

With Rumi, there is an entire ‘Rumi industry’, maybe too much of Rumi online and with the possibility of some quotes being wrongly attributed to him. This is a problem with the digital, social media age. But it does not mean there was anything amiss in Jalaluddin Rumi, the whirling dervish.

You might also like to read this excellent article from The New Yorker on Rumi: It talks about the erasure of his religious zeal in his translated works.

I would just like to end with this quote attributed to Rumi and leave you thinking about the deep mysticism that pervaded his thought. And yes, let me also leave you with the scholarly zeal of Saint Jerome, the translator of the Bible. The intoxication of reading or scholarship must pervade our entire beings. Amen.

“Let yourself be silently drawn by the strange pull of what you really love. It will not lead you astray.”

Stories that Open Our Eyes