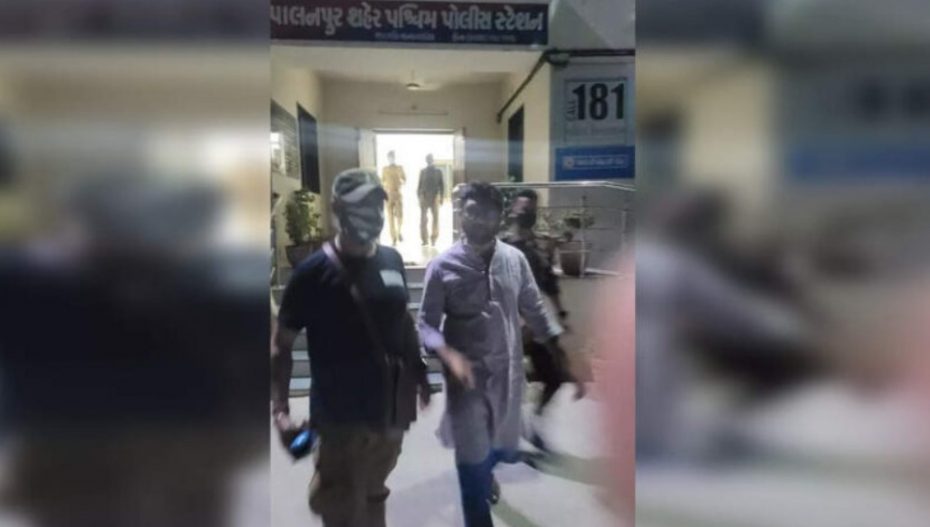 Gujarat Congress MLA from Vadgam assembly seat and Dalit leader Jignesh Mevani’s troubles seem to be increasing with a latest development coming in. The Assam Police arrested Jignesh Mevani from Palanpur at 11:30 pm on Wednesday. The police have left for Ahmedabad with Mevani and are expected to take him to Guwahati, Assam.

According to the team of Jignesh Mevani, the Assam Police team has carried out the arrest in the purview of a case registered with them. However, they allegedly said that they were not given a copy of the FIR purportedly registered against him by the Assam Police.

“Vadgam MLA Jignesh Mevani arrested by Assam police from Palanpur circuit House at 11:30 p.m. on Wednesday. Police yet to share the copy of the FIR with us. Prime facia we have been informed about some case filed against him in Assam. Temporarily, he was put up at the palanpur city police station and is now been moved to Ahmedabad and is likely to be deported to Assam,” read the statement by the team of Jignesh Mevani.

According to the reports, the Assam Police have left for Ahmedabad by road with Jignesh Mevani and can leave for Guwahati by a train from Ahmedabad. At present, due to the arrest of Jignesh Mevani, there has been a stir in the politics of the state. Congress’s big Dalit face Mevani has been arrested at a time when elections are to be held in Gujarat later this year.