After 20 hours of massive hunt, the Gandhinagar police and other forces successfully traced the father of the abandoned kid and identified him as Sachin Dixit and recognized the kid as Shivansh, on Saturday night. The hunt for Shivansh’s mother was still on, and the latest update to the case reveals that his mother, Mehndi […]

Gujarat Urja Vikas Nigam Limited (GUVNL) officials on Thursday said the shortage of coal across India and high prices of natural gas have forced the company to buy power from exchanges at a higher rate. The officials, as per reports, said they were forced to buy power at high rates during peak hours. At present, […]

The travel industry was among the worst hit as the pandemic crippled lives and livelihoods. People were locked in their homes for months due to the pandemic, but now with things gradually opening up, people, tired of being cooped up at home, are looking to see and explore the world. With the news of a third wave […]

Mega Vaccination Drive in Gujarat: Over 22.60 lakh people vaccinated in the state

In a gift to Prime Minister Narendra Modi, on his 71st birthday on Friday, September 17, Gujarat state carried out a special Covid vaccination drive as part of the Mega Vaccination Drive, carried out in India. The state-wide vaccination drive was launched by newly elected Chief Minister Bhupendra Patel from Ahmedabad and Health Minister Rushikesh […]

Younger by age, backward by education

Prime Minister Narendra Modi, in sync with his Saffron predecessors, has once again used Gujarat as his experimental base to implement a no-repeat theory. A similar theory was introduced by Kerala Chief Minister Pinarayi Vijayan, with the exception that he continued to be the Chief Minister while sacking his entire old cabinet and he introduced […]

As former Gujarat Chief Minister Vijay Rupani exited his office in a surprise move last week, his entire staff was shown the door too. And now, with Bhupendra Patel taking his place, an entirely new team of the CMO – comprising Patel’s old hands – has been put in place before he takes the oath […]

Why has Modi picked Bhupendra Patel from the crowd of probables

There is a striking similarity between Narendra Modi and Mahendra Dhoni. Dhoni walks in late, doesn’t speak, looks around and hits the six to snatch victory from defeat. Modi specialises in suspense, walks in the last — and has the last laugh. Reams and reams of paper, thousands of bytes, lakhs of social media messages […]

It was an air of jubilation across Ahmedabad, as it was the first time that an Amdavadi was elected as the Chief Minister of Gujarat. Supporters, friends, and family were seen celebrating the CM Bhupendra Patel’s bug announcement outside his Ghatlodiya office in Ahmedabad. Amid wide-spread speculations of varied names that were tossed for the […]

Will Modi “gift” a Patidar CM to Gujarat?

Hours after Prime Minister Narendra Modi virtually inaugurated the Rs 200 crore Sardardham Complex built by the Patidars on Saturday, Gujarat Chief Minister Vijay Rupani was sent packing, sparking off speculations that the BJP will have to return to a Patel to head the government. The top contenders being discussed as Rupani’s replacements are all […]

Rupani’s resignation: The Whys and What now…

In a much anticipated but sudden move Vijay Rupani resigned on September 11. He resigned just hours before he attended the (virtual) function with Modi, ironically the function was a Patidar event.  Janvi Sonaiya spoke to Deepal Trivedi to find out about the latest on Gujarat Politics.  Excerpts below:  Why do you think Rupani resigned?  […]

Nalanda and Taxila are synonymous with ancient universities in the Indian subcontinent but Gujarat, too, had its seat of learning of that era, the Valabhi Vidyapith located near Bhavnagar. The fame of the Valabhi Vidyapith, believed to have been functional from AD 600 to AD 1200, was not limited to the shores of Gujarat but […]

The poor condition of workers in textile hub of Narol

As many as 96 per cent of the workers employed in large-sized processing factories situated in Narol — a garment and textile industry hub in the south-eastern periphery of Ahmedabad – were employed without any written agreements. The workers paid either in cash daily or on a per piece rate, a survey by NGO Aajeevika […]

Prime Minister Narendra Modi has been waxing eloquent about his government’s ‘Make in India’ initiative but his political party has been accused of not practising what he has been preaching. The BJP, it is alleged, distributed around 750 Chinese-made tablets in the party-state executive held under the shadow Sardar Patel’s towering Statue of Unity in […]

The dispensation that rules India claims Gujarat is a promised land of plenty and a model to emulate but the state’s abysmal record in child health stands in stark contrast to those big boasts. Ask Feriyal Suran, an auxiliary nurse midwife from Ahmedabad — and not some remote corner of Gujarat — if she often […]

The GMK EMRI 108 ambulance service has completed 14 years of operation in Gujarat. The fleet, which had 650 ambulances during the Covid first wave, swelled to 800 between March and May this year. An official estimate stated that the fleet ferried 2.19 lakh, Covid-positive patients, over one and a half years during the pandemic […]

Pandemic pushed the entire world online, including the courts. In such a scenario, there were many junior lawyers who changed their profession owing to a deteriorating financial situation. However, in the year 2020, 4742 people from across the state obtained registration certificates from the State Bar Council for the practice of advocacy. This figure is […]

The Enforcement Directorate (ED) on Saturday, August 14, attached assets worth Rs 134.38 crores of an Ahmedabad-based firm Aatash Norcontrol Limited (ANL). This was done under the provisions of the Prevention of Money Laundering Act in connection with the Gujarat Maritime Board (GMB) scam. The attached assets are in the form of the plant, machinery, […]

Thol and Wadhwana wetlands from Gujarat added to Ramsar list

Though Gujarat and its booming pharma companies made a kill, literally in the Covid times with manufacturing and selling of several medicines and injections including Remdesivir, Fabiflu, Virafin and others, they have lost the top slot. For the first time ever, Gujarat based digital companies have overtaken the pharma sector when it comes to paying […] 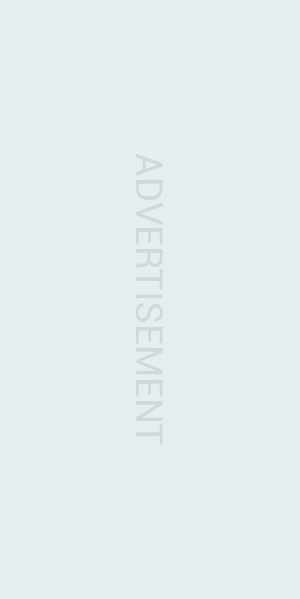 Arvind Kumar Sharma misses the bus in UP ministry

Custody instead of Canada: Family from Mehsana held at Delhi Airp...

Trials and Tribulations of Alcohol Permit in Gujarat