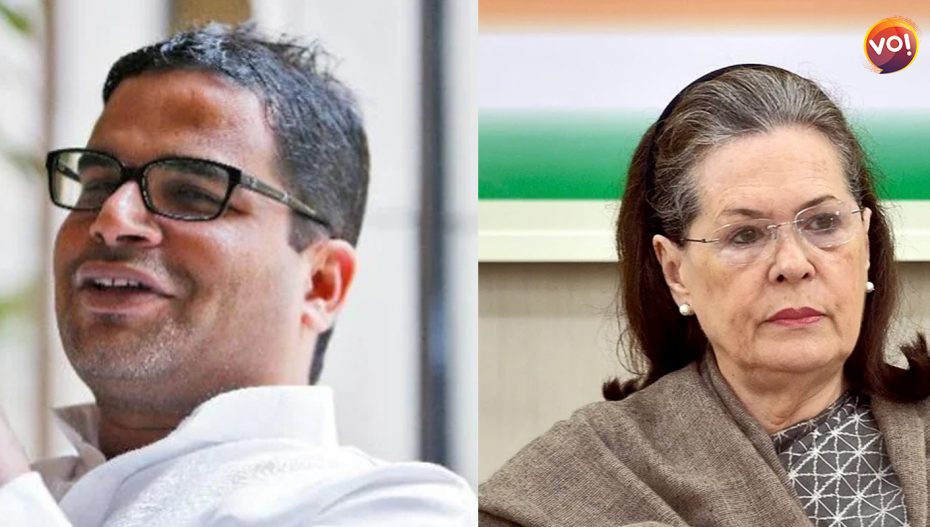 While the drumbeats for the Gujarat battle have started sounding on the horizon, Congress is in the news for once in several years for it’s preparedness. The Grand old party has always viewed such exercise with disdain but as Dylan sings : ‘The Times They Are A-Changin'”

With Sonia Gandhi in active mode, Congress seem to have ben forced by the PK factor to be seen deciding. But Congress being Congress, it’s procedure bears a distinct early 20th century stamp. Congress set up yet another internal group to address the political challenges ahead after seting up a committee to debate on the presentation made by Prashant Kishor.

Based on the recommendation of the group which prepared a report on PK’s presentation, Sonia gandhi has constitutd “The empowered action group 2024”. Sonia Gandhi, ore active than ever in recent times met the group with constitunents as P Chidambaram, Ambika Soni, Digvijaya Singh, Jairam Ramesh, Mukul Wasnik, K C Venugopal, and Randeep Surjewala. Priyanka Gandhi Vadra and AK Antony were present too in the meeting. It is learnt that the commitee found itself agreeing to most of suggestions PK has made. Old Guard who was wary of the entry of PK and looked to him with suspician seems to be relenting.

It is another mater that widely speculated official entry of Prashant Kishor himself in the party fold and the scope of his authority still remains undecided. Same is the case with the entry of Gujarat Patidar leader Naresh Patel, who heads Shree Khodaldham Temple Trust. It is beleived that in the PK plan of revaval of Congress in Gujarat, Naresh Patel has a big role.

Prashant Kishor has met with the top leadership of Congress thrice in the last week, presenting his roadmap for revival. The poll stratagist who has worked with almost every party in the country with diametrically opposite political ideaology for managing the electoral dynamics, has wished to align himself with a political party. Already having a not so pleasant expreriece with the JDU, Prashant Kishor sems to be desirous of carving a future role for himself in the national poltitics which can be a little more honorable than a ‘Consultant”

In another development, PK met the TRS chief KCR at Hyderabad this weekend making the rumour mills go berserk. It is learn however that he has excused himself from accepting an assignment form the TRS for the 2023 Assembly elections. It has not detered the the Indian Political Action Committee or I-PAC from signing a contract with the Telangana Rashtra Samithi (TRS). PK has has officially ended his relations with IPAC, though. Indian politics is in crazy times where poll managers decide the fate of a billion people.

Congress has meanwhile announced that 400 Congress leaders from across the country would assemble for a “Nav Sankalp Chintan Shivir” to be held from May 13 to May 15 in Udaipur in Rajasthan. Congress Spokesperson Surjewala said “ matters relating to organisational restructuring and strengthening will be examined. The Chintan Shivir will also deliberate on the broad strategy of the Congress for the 2024 Lok Sabha elections”

It can also be seen as a huddle moment of a soccer team in the last 5 minutes of a qualifier match that Congress has set up six committees to draft resolutions to be passed in the run up for the Chintan Shivir. Interstingly the constitution of committees show inclusiveness of old and young alike. It also does not betray any ill-will towards the G-23 participants.