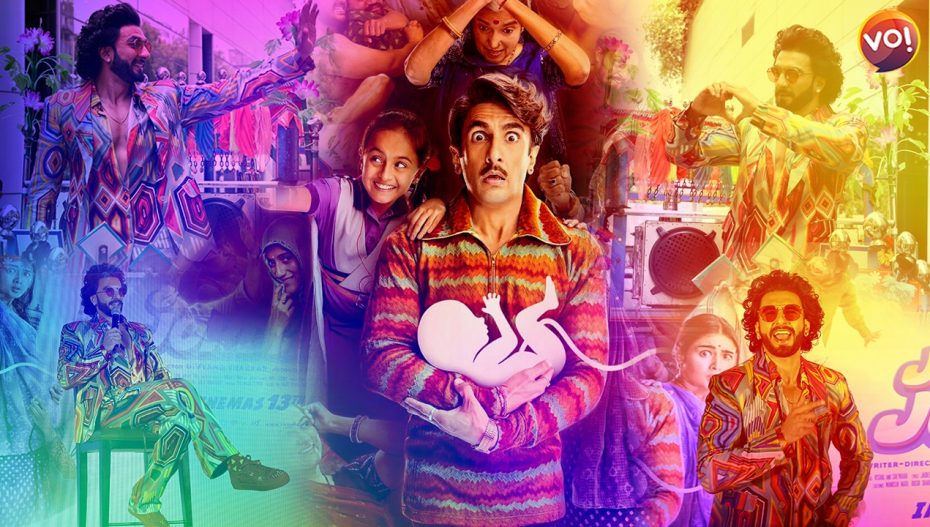 Dynamic actor Ranveer Singh on Wednesday visited Ahmedabad to promote his latest comedy drama Jayeshbhai Jordaar. Dressed in a vibrant pants-suit Ranveer said, “India is run by Gujaratis. I love their food, culture and their spirit of entrepreneurship.”

The story and direction of the film is done by Divyang Thakkar–who we last saw in the Gujarati movie Chasni–he is popular for his role in Abhishek Jain’s movie Bey Yaar. Ranveer said, “Divyang is a prodigy. This is for the first time in my life that I gave green light to the script in the first sitting itself. The narration lasted for four hours and by the end of it, I experienced joy, tears and a host of emotions.”

On his role, Ranveer said, “Jayeshbhai is a character that I have never attempted before and so it was something completely fresh and new for me to embody which was a very exciting prospect for me. I had to really create something because of this type of characterisation and these types of emotional beats, I have not played before. I saw the prospect of creating something unique and original for myself and as a performer, it’s been a very fulfilling process.”

A hilarious satire on society – Jayeshbhai Jordaar, produced by Maneesh Sharma, also stars Arjun Reddy fame Shalini Pandey, who debuts on Bollywood’s big screen opposite Ranveer. The film has been directed by debutant Divyang Thakkar and is releasing worldwide on May 13, 2022.