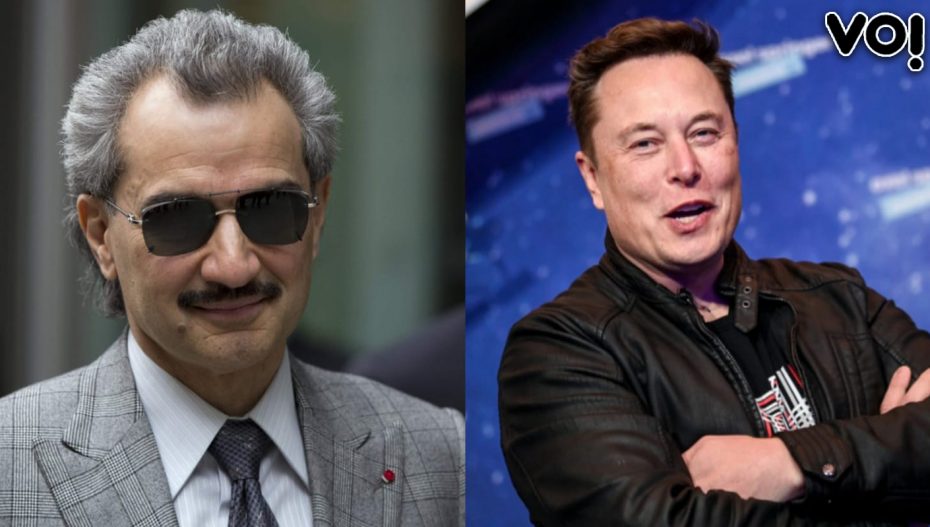 Billionaire entrepreneur Elon Musk’s bid to buy Twitter has set him against a major shareholder of the tech firm, a Saudi Prince.

Musk saw some investors, including Saudi Prince Alwaleed bin Talal, speaking against his $43 billion all-cash offer to Twitter chairman Bret Taylor, days after the Tesla chief turned down a seat on the board of the microblogging site.

“I don’t believe that the proposed offer by @elonmusk ($54.20) comes close to the intrinsic value of @Twitter given its growth prospects,” Talal tweeted.

In his valuation, Musk had offered $54.20 per share of Twitter, saying the social media company has “extraordinary potential” and that he will “unlock it”.

“Being one of the largest & long-term shareholders of Twitter, @Kingdom_KHC & I reject this offer,” Talal said, tagging a post that claimed the Kingdom and he own a 5.2 per cent stake in Twitter. Elon Musk owns over 9 nine percent.

In a response to the Saudi Prince’s tweet, Musk asked two questions.

“Interesting. Just two questions, if I may. How much of Twitter does the Kingdom own, directly & indirectly? What are the Kingdom’s views on journalistic freedom of speech?” he asked in a tweet. Musk in his Thursday offer to Twitter said the company needs to be transformed as a private one. He also said he would need to reconsider his position as a shareholder if his “best and final offer” is rejected.