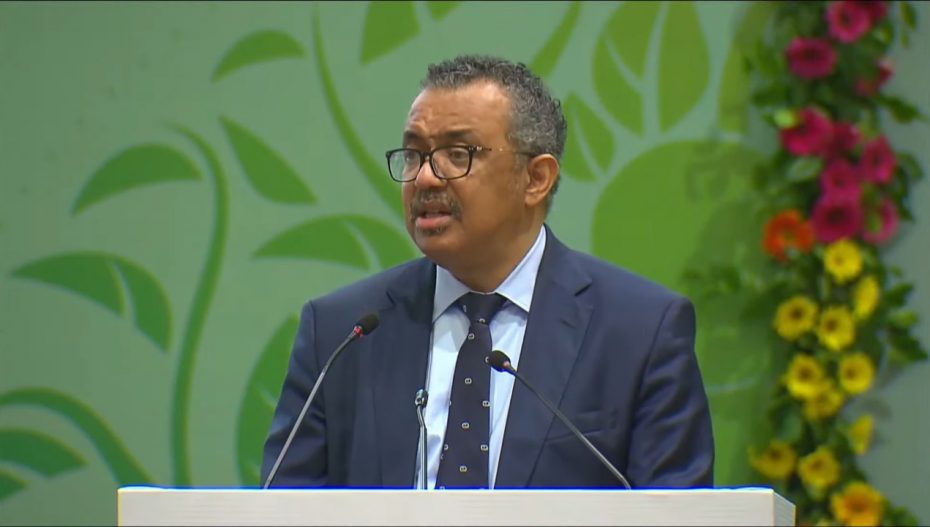 Amid giggles and laughter from the audience at the Ayush Investment Summit, Modi called Tredos, ‘Tulsibhai’. the PM said Tulsi was an effective medicinal herb that has been used to treat various ailments since ages in India. During ancient times, when there were hardly any chemical drugs, herbs like Tulsi were used to treat wounds and other aches and infections.

PM Modi said that although, Tulsi is forgotten by today’s generation, this plant has been worshiped in Indian culture for centuries. He praised Tredos’ love for Gujarat and his efforts to speak Gujarati and insisted, “On this auspicious land of Mahatma Gandhi, I have great pleasure to call you Tulsibhai.”

Amused laughter from Tredos himself made the moment even more precious.

Dr Tredos Ghebreyesus, earlier, had addressed the summit, by offering greeting in Gujarati. He said, “Namaskar…Kem Cho?” and had received loud cheers from the audience.