Politicians Must Take Threats In Their Stride. Indira Saw Humour In Stone Attack On Nose And Other Stories. 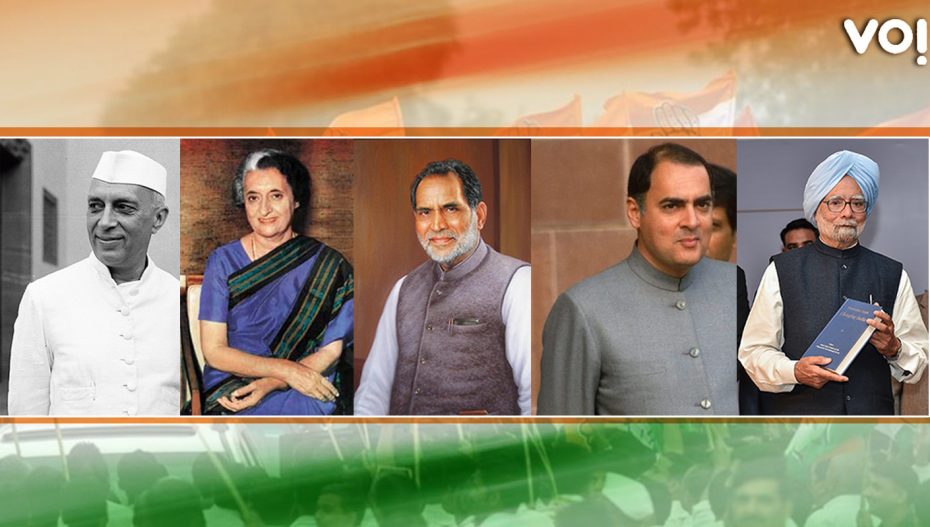 Politicians and elected representatives in India are generally adored and revered but there are exceptions.

Instances of political leaders being at the receiving end of angry electorate, are fresh in public memory. Some of them have faced physical attacks and intimidation ranging from receiving a stone blow, shoe, ink, flashing of sword, rifle butt attack, gun firing to brutal attempts on their lives.

When Indira Gandhi was Prime Minister, she faced irate people throwing stones at her during an election rally near Bhubaneswar. One stone hit her nose. She wrote to her friend Dorothy Norman turning it into a joke of sorts, “Ever since plastic surgery was heard of, I have been wanting to get something done to my nose…I thought the only way it could be done without the usual hoo-ha was first to have some slight accident which would enable me to have it put right.”

What is interesting is how they have reacted. Most have taken threats and attacks in their stride.

Pandit Jawaharlal Nehru was Prime Minister when communal riots broke out in Delhi. An incident that comes to mind is how Nehru decided to save a tailor from a mob while passing by Chandni Chowk. He did this despite a thin security cover. His niece Nayantara Sahgal recorded how Nehru even swung a lathi snatched from the police. Many saw it as a sign of Nehru’s personal courage.

Nehru had also faced death threats. In May 1953 when he was traveling to Bombay, a bomb was reportedly found near Kalyan. After the case was investigated, it was found that the motive was to create a sensation than to harm Nehru. Again, on September 30, 1961, a bomb was found on a railway track on a route Nehru was supposed to take. Prime minister Nehru remained dismissive about any threat to his life.

Nehru’s daughter Indira was equally daring. In her book, “My Truth”, Indira has recalled how in September 1947, when her train from Dehradun to Delhi stopped at Shahdara, two riot victims were being chased by a man. She intervened and was able to save a person.

When Indira Gandhi was the Prime Minister, she faced irate people throwing stones at her during an election rally near Bhubaneswar.
One stone hit her nose. She wrote to her friend Dorothy Norman turning it into a joke of sorts, “Ever since plastic surgery was heard of, I have been wanting to get something done to my nose…I thought the only way it could be done without the usual hoo-ha was first to have some slight accident which would enable me to have it put right.”

Towards the end of her life, Indira had been advised to wear a bulletproof vest and remove her Sikh security guards after Operation Blue Star but she had refused to do either. She felt it unnecessary to wear a heavy bulletproof jacket at home and hated the idea of “discriminating” among her security guards. In fact, Indira had proudly pointed at Beant Singh and said: “When I have Sikhs like him around me, then I do not have to fear anything.”

After her assassination, many had wondered why the matter of keeping Sikh security guards had been referred to Indira. After all, A VVIP is never involved in the arrangements concerning his or her security.

In 1991, the then Chief Minister of Orissa, Biju Patnaik had called upon the people to thrash any official they found uncooperative. To Biju’s horror, an unemployed youth slapped the Kalinga Sandh (The Bull of Kalinga) when the Chief Minister was on his way to the secretariat. Biju struck back, holding the youth by the hair and giving him three slaps. The Chief Minister later gave him a cash reward of Rs 300 for “obeying” his call. The slapping incidents became frequent all over Orissa and Biju had to revise his previous call. It may sound strange but the Chief Minister asked the public to seek his permission through a telegram before beating up “erring” officials. Even as ‘sarkari’ babus (government officers) protested and went on strike, Biju, upped the ante and wondered if the corrupt officials should be guillotined.

Former Prime Minister Chandrashekhar too fancied himself as a man of courage. It is said that when separatist Akali leader Simranjit Singh Mann wanted to call on him without depositing the long sword. Chandrashekhar asked his security to make an exception. It was decided to keep the door ajar so that security persons could keep an eye on Mann, also an IPS (Indian Police Service) officer but Chandrashekhar was confident of handling him. It is believed that Mann drew his sword halfway saying, “This sword is my ancestral acquisition and very lethal. “Chandrashekhar retorted, “Put it back in the scabbard. In our ancestral home in Ballia, we have a bigger sword than this and it’s even deadlier.”

Indira’s son Sanjay had escaped unhurt while visiting Uttar Pradesh. The Congress had then alleged that a “well-planned assassination attempt” was made on the Prime Minister son in Amethi. The opposition accused Sanjay of trying to engineer ‘sympathy.’

Rajiv Gandhi would go down in history as someone who was mocked for according importance to his safety. It was shocking even to his worst critics and political opponents when a young and dashing prime minister was brutally assassinated on May 21, 1991 at Sriperembudur.

In May 1985, Prime Minister Rajiv Gandhi was on a visit to the United States when a man of Indian origin hid in a tree for 3 days. The FBI had claimed to have foiled the plot. Rajiv had faced two more attempts. Karamjit Singh, a lone gunman had fired rounds from a kata [country-made pistol] at Rajghat where Rajiv had gone to pay homage to the Father of the nation on October 2, 1986. On July 30, 1987, TV footage showed a Sri Lankan Navy sailor W V Rohana de Silva trying to hit Prime Minister Rajiv Gandhi with his rifle butt in Colombo. Privately, a section of the opposition had dubbed these incidents as ‘stage managed.’

A shoe was hurled at Prime Minister Dr Manmohan Singh in 2009 in Ahmedabad. The good doctor, however, quietly instructed his security personnel to release the culprit. P Chidambaram was Union Home Minister when a shoe was hurled at him at 24, Akbar Road, headquarters of India’s grand old party, the Indian National Congress. Chidambaram appeared more amused than upset.