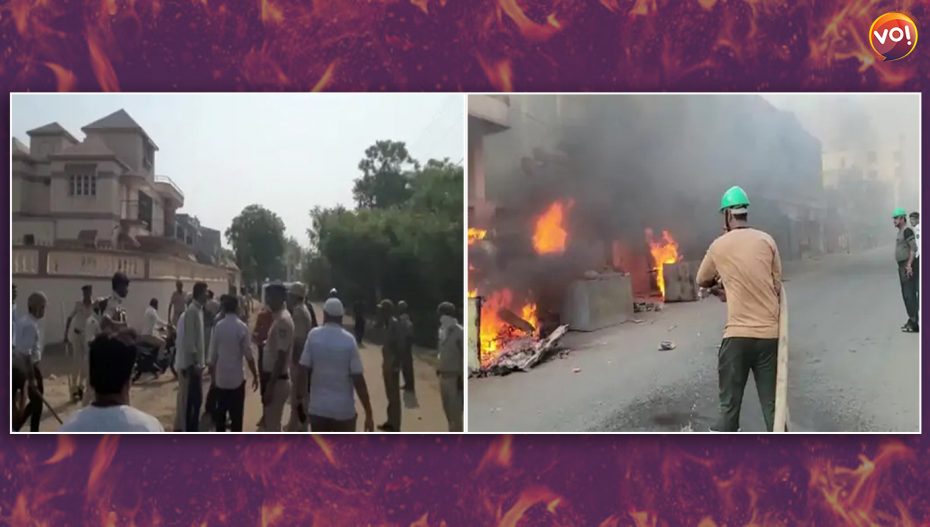 Several people from the minority community have knocked at the doors of the Gujarat High Court with serious charges of police acting in a partisan manner during the communal clashes in Khambhat town in Anand district during the April 10 Ram Navmi procession and Shobha Yatra, which was largely blamed on the Muslims.

They have demanded an independent inquiry either by the State CID (Crime) or the Central Bureau of Investigation since the local police had not conducted an impartial probe in the violence.

In a strongly-worded petition before the high court, several petitioners have expressed their shock and dismay that though two First Information Reports (FIRs) were filed in the communal violence during the processions, the police have arrested more than 30 people from among the Muslims while not a single arrest has been made for the damage to the properties owned by Muslims.

Four cabin shops, one shop, one building and one house were looted and burnt to ashes. The petitioners also pointed out that one Dargah was  substantially damaged “in order to hurt the sentiment of one section of  the society.”

The petition, which has been filed by prominent advocate Anand Yagnik on behalf of the affected people, added, “The petitioners are not accused in any of the FIRs. The  petitioners are the victims of communal violence and have suffered  on account of looting and burning of their houses and their shops. ”

The petitioners asserted that, “The investigation is being carried out with a pre-meditated, pre-conceived notion that there was a pre-planned  conspiracy to disturb Ram Navmi procession and cause violence by  one section of the society namely the minority.”

“The statement of the  District Superintendent of Police as well as officers of the District  Collectorate made before the visual media are evidence of the  religious bias and prejudices against one section of the  society namely the minority, without there being any iota of evidence  except creating papers in order to validate preconceived and  premeditated conspiracies attributed to minority at the instance of a majority community,” the petitioners said.

They pointed out that “this showed connivance and participation of  respondents and particularly the police involved in the investigation in perpetrating and perpetuating a notion supporting bulldozer  jurisprudence. It is stated and submitted that on the basis of actions  and omission on the part of investigating officers and agencies, it is  amply clear that the on-going investigation with respect to both the  FIRs is not free, fair, transparent, non-discriminatory and non arbitrary. Right to free, fair and transparent investigation is a guaranteed fundamental right arising out of Article 14 and 21 of the  Constitution of India and therefore fundamental rights of the  petitioners guaranteed under Article 14, 19 and 21 are violated and  therefore action, omission and conduct of the respondent is  unconstitutional.”

Police Registers Complaint Against 1000 People For Clashes in Khambhat