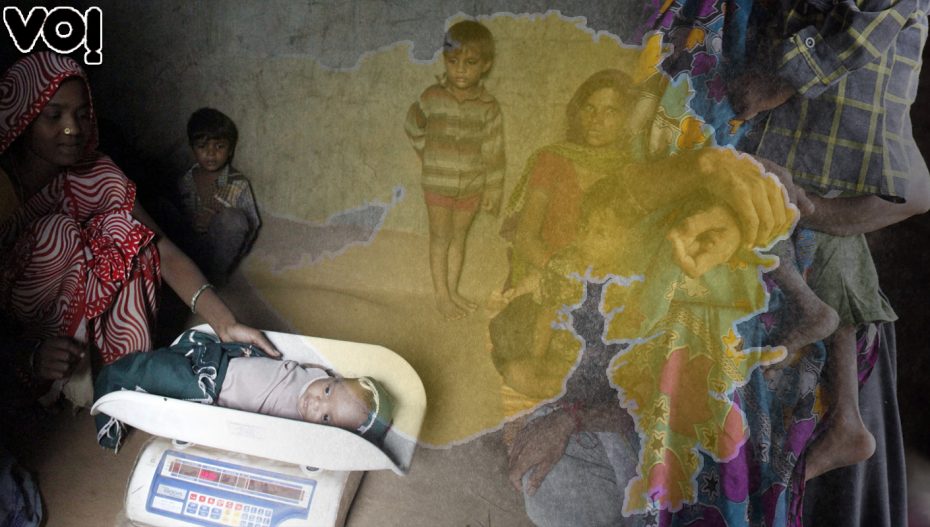 Gujarat has allocated only 5.6% of its total expenditure on health, which is lower than the average allocation for health by states (6%) as per the 2022-23 budget estimates. This is a cause of concern as 39% per cent of children in Gujarat under the age of five years are stunted according to National Family Health Survey-5 (2019-21).

These statistics should be a wake-up call for policymakers. Experts are of the opinion that NFHS-5 data indicates that the children in Gujarat have been undernourished for some time. Twenty-five per cent are wasted which may result from inadequate food intake or a recent illness-causing weight loss, and 11 per cent are severely wasted.

According to this survey, malnutrition parameters such as stunting (that refers to low height for age) and wasting (that refers to low weight for age) have shown a spike when compared to the previous edition of the NFHS report from 2015-16. Gujarat is also tagged as one of the poor performing states in the country when it comes to anaemia in children under five years of age.

The NFHS-5 data showed that the rate of malnutrition in India has increased compared to the National Family Health Survey-4, 2015-16.

It is well acknowledged that childhood undernutrition contributes to childhood diseases and is a major cause of child mortality in India. The survey shows that the percentage of children with stunted growth has increased in 13 states.

Allocations for Anganwadi services and supplementary nutrition are grossly inadequate and also not even keeping pace with inflation, he added.

“ Gujarat has a basket of food safety programmes such as Mid-day Meal (MDM), Integrated Child Development Services (ICDS) Scheme and Public Distribution System (PDS), still there has been an increase in the percentage of children under the age of five, who are facing undernutrition, overweight and severely wasted, as per the National Family Health Survey-5 (NFHS-5)”, Professor Shah told Vibes of India.

Shah drew attention to how the Union government last year consolidated several programmes for children, adolescent girls, supplementary nutrition and POSHAN (Prime Minister’s Overarching Scheme for Holistic Nourishment) into an umbrella programme called Saksham Anganwadi and POSHAN 2.0. Despite this, there is confusion over the objectives and implementation of the new programme, and the government continues to underspend on nutrition.

The unmet need for nutrition among children in some other states is no less alarming.

Take the case of Kalisha (name changed), a five-year-old child who lives near the Ellisbridge slum in Ahmedabad. Kalisha is anaemic and malnourished. Her 25-year-old mother’s condition is much the same.

In 2019-20, the Department of Community Medicine, B. J. Medical College, Ahmedabad, researched the prevalence of underweight, stunting and wasting among children of 6 months to 5 years as per the World Health Organization (WHO) growth chart.

Also, wasting (low weight-for-height) was found in 15.75% of children and a proportion of severe wasting was 14%.

Speaking to VOI, Women and Child Development Secretary K.K. Nirala said that the government has taken up various initiatives. “ We are now enhancing the existing schemes and programmes through community-based service-delivery platforms and ensuring everyone is getting access to these. In order to improve malnutrition among children in the age group 0-6 years, we have given more focus on the first 1000 days of the child’s life through multi-sectoral and community-based approaches.’’

A paediatrician from B.J Medical College told VOI that there is a need to strengthen the promotion of maternal nutrition. Maternal education and improving household socio-economic conditions along with health care services may improve the nutritional status of children. “It is important to focus on malnutrition because a weak child today will make a weak nation tomorrow”, he added.

India has slipped to the 101st position in the Global Hunger Index (GHI) 2021 of 116 countries, from its 2020 position of 94th and is behind its neighbours Pakistan, Bangladesh and Nepal.

National Health Mission Director Remya Mohan Muthadath told our team that the Gujarat government has implemented several initiatives in recent years to overcome the problem of malnutrition. “We have realized the urgency to mitigate the problem of malnutrition through an integrated inter-sectorial holistic approach. In order to improve the current status of nutrition, we have evolved a preventive and curative strategy. Facility-based management of Severe Acute Malnourished (SAM) children has been started in CMTCs (Child Malnutrition Centres) and NRCs (Nutrition Rehabilitation Centres) across the state.

The pandemic has increased vulnerability to malnutrition. Imperative action should be taken to look into the nutrition of children who are our future.