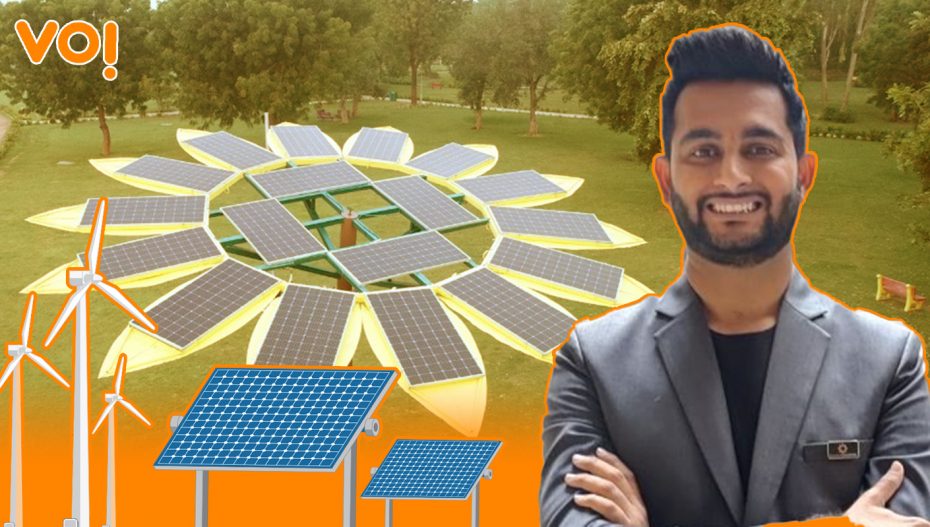 Shani’s venture is supported by Gandhinagar based Sustainable Technology Innovation Company incubated at Pandit Deendayal Petroleum University (PDPU). It is also supported by the Industries Commissionerate (IC) Department, Government of Gujarat under Start-up/Innovation Scheme.
Over 10,500 cities with renewable targets are not able to achieve their goal due to limitations of land for solar installation in urban locations.

Pandya who is in his early 20s, considers his venture an answer to this problem. “ I invented a proprietary solar product which we can plant like a tree. It reduces ground space from solar by 98% which also allows us to install solar at uncertain locations as well like median and side strips of roads, gardens and others. (18+ Design IPRs – 7 already granted by Patent office, Government of India)”
They design industry leading Solutions Like Solar Tree, Floating Solar, Portable Solar Powered EV Charging and others.


One of his projects is developed in Shatrunda Village, Kheda. He said, One of the Sustainable Development Goals (SDGs) is getting clean, pure drinking water, which remains inaccessible to many. Oil and Natural Gas Corporation Limited (ONGC) took an initiative to provide pure drinking water to Shatrunda Village, Kheda. It generates 25 units/day of electricity which purifies 4000 litres of water per day. This has set a good example for schools in the vicinity.

Gujarat Industrial Corporation Limited (GIDC) also installed two Solar Power Tree in Sanand. “We customize personalized solutions for our customers. We installed 300+ Streetlights in the Power Trees entirely run by solar energy. Thanks to the installation, they had solar-powered street lights and space saving of more than 1600+ sq ft.”

From Chawls Of Amdavad To New York City, This Entr...