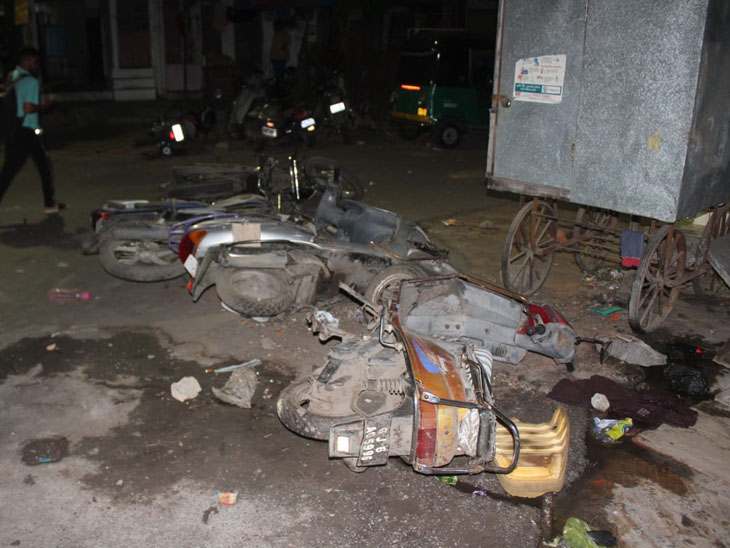 Late on Sunday a stone-pelting incident was reported in Gujarat’s Vadodara, injuring at least five people. According to the reports, one of those injured is in a critical condition.

The police said that the stone-pelting happened after conflicts erupted between two groups over a trivial issue. After receiving information about the incident, top police officers and the commissioner rushed to the scene.

Further commenting on the incident, the authorities noted that during violence, an idol inside a nearby temple was also damaged, and this led to an atmosphere getting heated. However, police forces managed to bring the situation under control. Overnight, the police forces were able to replace the idol with a new one.

About the incident: The scuffle escalated after two bikes collided near Rawapura Tower late at night around 11-30 pm. Scenes of devastation were created as both the comrades rushed towards the mob and pelted stones at them. Following the incident, a tense atmosphere was created as crowds from both the communities gathered from Rawapura Tower to Jubilee Bagh. The mob smashed the idol of Sai Baba at Kothi Pol and pelted stones, vandalizing more than 10 vehicles and lorries. Four people were injured in the collision. At one point, the atmosphere became serious as a mob of 300 to 400 people rushed on the road.

Jignesh Mevani Encourages Dalit Youth To Go For In...