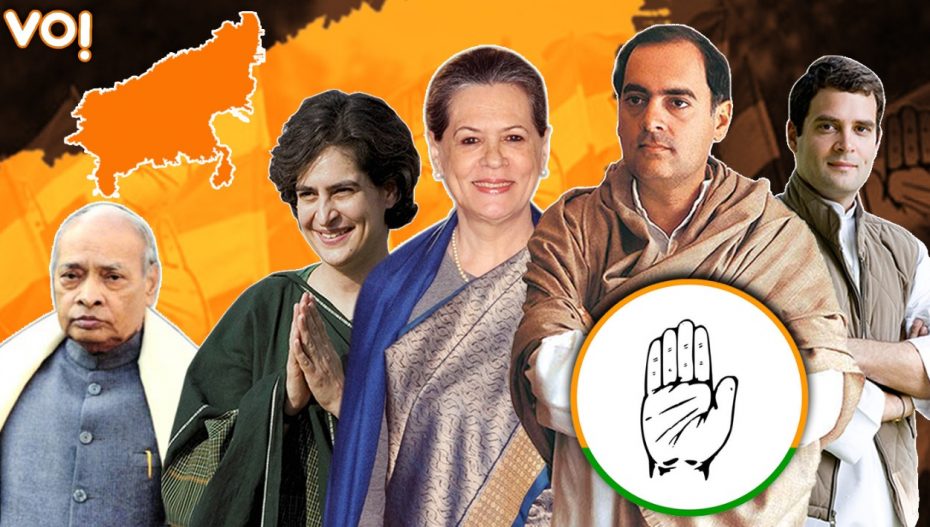 Uttar Pradesh is proving to be the central piece in the current round of five state assembly polls but the principal opposition party, the Congress, is nowhere in contention in the country’s most populous and politically significant state.

It can be argued that the ill fortunes of the Congress in Uttar Pradesh precede the emergence of Gandhi siblings on the national political horizon. 1989 was the last time the Congress was in power in Uttar Pradesh when Rajiv Gandhi, said to have been ‘ill-advised’ by Ghulam Nabi Azad [ currently a flag bearer of G 23 group of dissenters] to back a Mulayam Singh Yadav led government. Rajiv Gandhi did not live long enough to regain Uttar Pradesh. His successor P V Narasimha Rao, guided by rather futile survival instincts, forged an alliance with the Bahujan Samaj Party in 1996 when the Congress was fighting a grim battle against a resurgent BJP and aggressive regional parties.

When the BSP-Congress alliance was announced in New Delhi, the then prime minister P V and Congress president Narasimha Rao had sounded a bit cagey when asked about seat-share. Kanshi Ram, sitting next to Rao and UPCC chief Jitendra Prasada, had turned vocal spelling out terms of the accord. He had said the BSP would contest 300 seats while the Congress will have 125 seats in the then 425 member of UP assembly. While Rao had maintained stoic silence, Prasada, a key architect of the alliance, had tried to look the other way. After 1996 Lok Sabha defeat, an AICC panel headed by veteran K Karunakaran had gone on a fact finding mission to Uttar Pradesh and observed rather dryly that district level offices in Gorakhpur, Basti, Bahraich and dozens of other places had remained intact but the board/signpost outside had changed from the Congress to the BJP, BSP and the SP.

Between 1996-98, both Rao and Sitaram Kesri were ousted in quick succession to draft Sonia Gandhi as leader of the Congress. The entire logic and rationale of return of a member of Nehru-Gandhi family, as per the Congress folklore, was to revive the party’s fortunes in UP, Bengal, Bihar and Tamil Nadu which contributed for over 200 Lok Sabha seats. In her over 21 years long stint as head of the Congress, Sonia could do nothing except for forging alliances in these four states.

The Congress’ 2017 alliance with the Samajwadi party was disastrous. Post elections,  Akhilesh Yadav snapped ties, rather unilaterally. There was no explanation from either side why “two wheels of a cycle” and “the confluence of Ganga and Yamuna” have opted for separate ways without even caring to meet to talk over phone.

Akhilesh may have compelling reasons to dump Rahul-led Congress. His father and Samajwadi patriarch Mulayam Singh Yadav was opposed to the alliance from the beginning. In private, perhaps Akhilesh fancies himself as a more credible national alternative and youth icon than Rahul. Like his father Mulayam, Akhilesh has little or no interest in playing second fiddle to a member of the Nehru-Gandhi family at the national horizon.

Enter Priyanka Gandhi. In 2019 Priyanka Gandhi formally joined the Congress and declared her passion for Uttar Pradesh. She however, dithered to contest 2019 parliamentary polls. There is no sign of her contesting 2022 assembly polls. I have been arguing that Priyanka’s Uttar Pradesh engagements has far less to do with the electoral forays than organizational compulsions. Every one fifth of the Congress delegates come from UP who have a say in the election of the Congress president, members of the Congress Working Committee etc. theoretically, if a revolt against Gandhis is to gain momentum within the party [ just as it had happened against Indira Gandhi in 1969 and 1977], UP, Madhya Pradesh, Bihar, Maharashtra, Tamil Nadu, Bengal and other big states would have a decisive role in unseating the incumbent leadership. This aspect remains hidden and understated at a time when Gandhis are closely supervising and vetting the entire process of party polls, selection of party delegates, DROs [ district returning officers, PROs [Pradesh returning officers] etc.

Ironically, the Congress has many veterans hailing from Uttar Pradesh but few in the electoral fray. Even as the Congress central election committee is set to finalize its list of candidates, Ratna Kumari Singh, Pradeep Jain Aditya, P L Punia, R P N Singh, Raj Babbar, Sri Prakash Jaiswal, Nagma, Azharuddin, Zafar Ali Naqvi etc are not among the short-listed. The much hyped induction of Imran Masood, a hawk, as AICC secretary, has boomeranged on Priyanka as Masood is joining the Samajwadi Party when the Congress perhaps needed him most.

For the outside world, the Congress or Gandhis’ priorities in Uttar Pradesh should be to win more and more seats and have a say in the formation of the next government on March 10, 2022. But in effect, efforts are on to consolidate the hold over the organization, PCC and AICC delegate as part of the organizational polls scheduled for September this year.