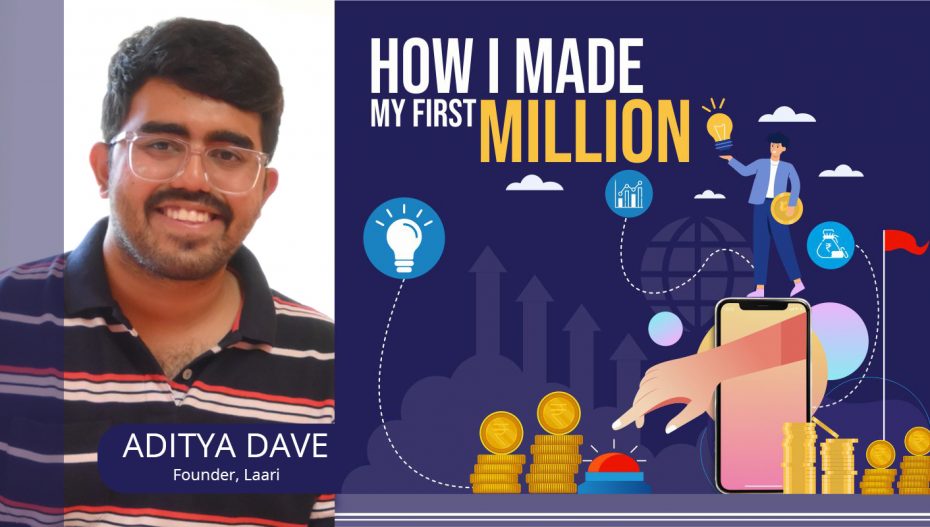 At 24, Aditya Dave’s footprint in the start-up world has already won him rave reviews. He began working towards his plan even as a Nirma University student. In 2019, he founded Laari –a redefinition of street food carts in India.

He eventually converted Laari into Cibos Techno Solutions Pvt Ltd creating much more than just street food carts. “To reduce carbon emissions happening due to street food by 18 percent we have come up with carts with heating system, portable cooling system and customisation according to the type of vendor business,” he adds. The price range of the laaris varies between a few thousands to over a lakh.

Aditya is an Amdavadi and was born to a family of doctors. As a college student, he saved Rs 80,000 to start his venture. “I love food and during college days I observed that while everything around has changed; the laaris have not. I wanted to do something about it, I wanted to make their lives easier and that’s why this venture,” he shares.

He aims to understand the current market situation and arrive on vendor-centric solutions. “I believe in the power of community and giving back,” states the young man who aims to positively impact a million in the coming three years.

Currently, TATA Foundation is among his biggest clients. He has sold over 76 laaris across India. “I work to positively impact the health of 1 million people eating street food. The idea is to redefine the way street food culture is looked down upon. With covid and people being extra cautious, our smart solution has met with an encouraging response,” he adds.

Ask him what keeps him going and the reply is straight: “I enjoy the process of building something bigger than myself and therefore, I enjoy the drill. However, a start-up also entails no less paperwork and this is the part that I do not like.”

He is also the Director at Uppskale, a challenge-based hiring platform aiming to bridge the gap between academics and industry. As global facilitator at Techstars Startup Weekend, he has, in the last one year spoken in more than eight countries and 34 cities on Design Thinking, Business Model Canvas and Starting a Startup by his talks and workshops. Aditya has also been a scholarship recipient for the 2019 Watson Institute Spring Incubator Program.

Can I Avail EMI Offers Without a Credit Card?

Nimesh Patel Elected As President Of Builders’ Association Of Ind...

From Chawls Of Amdavad To New York City, This Entr...