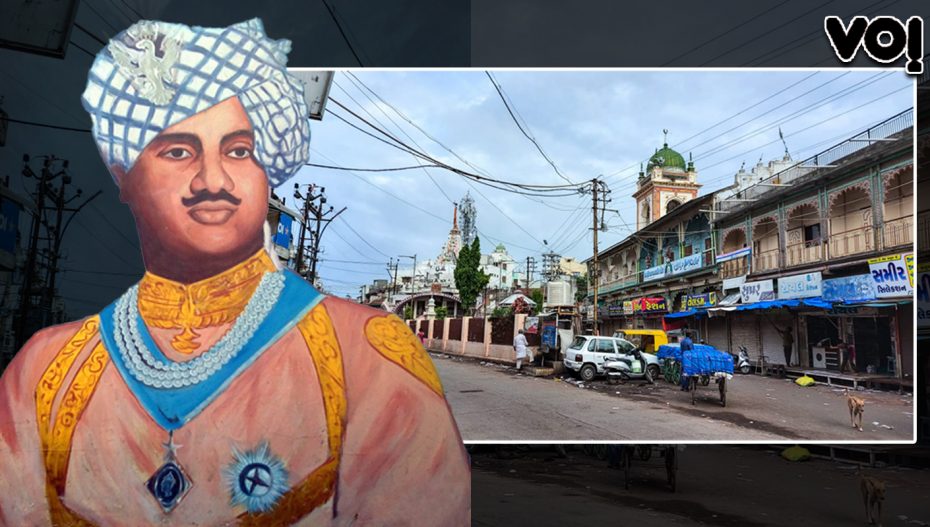 Incidents of violence and near-riot situations were common to both Ram Navami and Hanuman Jayanti. Even as investigation points to deeper stories, one thing remains sure: there is a tremendous amount of communal hatred and mistrust brewing in the country.  While the ruling BJP and the variegated Opposition cross swords accusing each other, tales of harmony and prosperity can be learnt from ancient Bhavnagar’s Maharaj Krishnakumar Sinhji.

Among the many chapters of peaceful co-existence during his reign, one story is oft reiterated.

Even in present day Bhavnagar, the Nareshwar Mahadev temple and Shehar Jumma Masjid are a mere 20-feet away, both seated at Amba Chowk. The story goes that during a Raj Darbar in progress, the Hindus complained that their sandhya aarti is disturbed by the azaan from the mosque. To be fair to both sides, the praja vatsalya (ruler of the public), announced that he will visit the chowk the following evening.

So, when Maharaj arrived at the temple, he requested for the aarti to begin while he could assess how the azaan disturbs the proceedings. Since both are timed marginally different according to sunset, the aarti began while the Maharaj waited for the azaan.

“What are you looking out for Maharaj?” questioned the purohit.

“I cannot hear the azaan but can surely see the namaazis coming out of the mosque after prayers. So, while their time is fixed by divine order, you waited for a mortal king like me. Henceforth, aarti will happen soon after the azaan so that no one is unhappy,” stated the Maharaj.

To this day, the tradition continues in Bhavnagar and both communities respect each other’s prayer timings.

Send Pics of Damaged Govt Schools; AAP will Show them to PM - Ita...