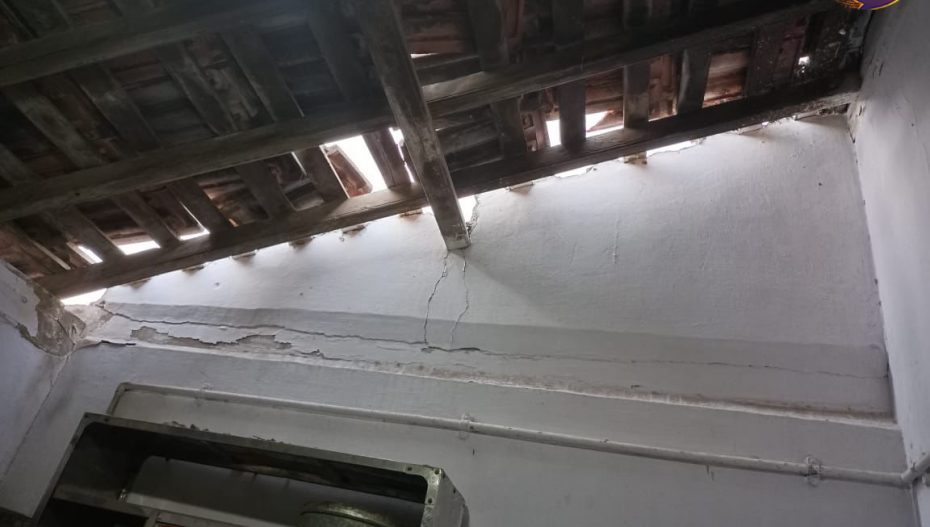 “We are afraid for our lives” are not the words you’ll hear from a Former Indian Navy Officer. But, Veteran Manan Bhatt is struggling to protect his eighty-year-old Bhavnagar home from the land mafias. On May 10, 2022, the growing land mafia of Bhavnagar went berserk to grab a Former Naval Officer’s house.

In conversation with Team VOI, Manan Bhatt said, “We have been living in this house for eighty years now. Nobody dared to do anything. The land mafias have gained this power in the last one and a half years under the umbrella of higher authorities. A few days ago, the mafias demolished the house next to us. My elderly father was alone during the incident. My house has witnessed significant damage. If the police do not take immediate action, our lives are in danger.”

According to the sources, the land mafias threaten the residents of Bhatt’s society day and night. Moreover, they terrorize them with murder if they do not evacuate their land. Bhatt said, “We live in a closed society where no one is allowed. The mafias enter our colony, give us threats, and harass the women of our families. We have complained several times to the authorities, but our pleads have gone unheard. Even this time, the local police station did not lodge my FIR. So, I had to go to the Superintendent of Police, Bhavnagar, who assured me that he’ll do something soon.”

As per an anonymous source, the names of the mafia thugs are Dilip Bharat Rana Singh, Harpal Singh, Vikram Singh Parmar, Mahendra Gohil, the Wankars, and the Uber family. Another source informed Team VOI that all these thugs work for Sanjeev Ravina of BIMS Multispeciality Hospital. However, when innocent people lodge complaints against these thugs, the police put them in jail.

Bhatt raised questions on the duty of Gujarat’s police, who never heard their appeals, and mentioned the negligence toward the thug’s actions. In Gujarat, the number of fatal attacks on soldiers on duty and their properties has increased pertinently. The Army Headquarters has taken cognizance of the complaints in this regard and has written to DGP Ashish Bhatia.  Land mafias threatened a former Indian Navy Officer and his house Bhavnagar police got in touch with Vibes of India and this is their version.

In a recent conversation, Veteran Manan Bhatt has thanked the Gujarat Police for lodging his FIR.

Send Pics of Damaged Govt Schools; AAP will Show them to PM - Ita...